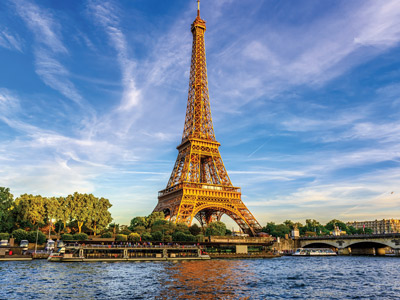 If you have never been to Europe or would like to see more of it, then this is the Tour for you. You will be traveling with other Jehovah’s Witnesses through four very different countries that speak various languages while visiting the most exciting cities in all of Europe. The Tour includes a Tour Escort who travels with you for the entire trip. This is the most comprehensive Tour available for the price. It’s also the best time of the year to travel due to it being less crowded. Breakfast is included daily, plus four dinners.

Wed., Mar. 10 Everyone will fly overnight from any USA or Canadian city to LONDON, ENGLAND. Dinner will be served followed by an inflight entertain­ment as you begin one of our most popular Tours. (Due to this Tour selling out quickly each year, reserve now to avoid being placed on the waiting list!)

Thu., Mar. 11 Upon arrival, you will be transferred to your hotel for three exciting nights in LONDON. Balance of the day is free to explore one of the most visited cities in the world. (See Awake, 10/06, p. 15) Tonight there will be a welcome get-together to meet all the Friends from various cities who will be traveling with you on this Tour and then enjoy dinner at the hotel.

Fri., Mar. 12 After breakfast, there will be a sightseeing Tour to see Buckingham Palace, Houses of Parliament, Trafalgar Square, Big Ben, and more. (See Awake 10/10, p. 17) The afternoon is free or visit the British Museum for an optional Biblical Tour that will be given by one of our Brothers from London.

Sat., Mar. 13 Since there is so much to see and do, the entire day is free. Take a ride on a double­decker bus to explore London or visit Harrods famous department store. Be sure to visit an, English pub for some fish and chips and perhaps attend a live London play. Your Tour Escort will have suggestions on some of the other famous attractions and museums.

Sun., Mar. 14 Board our motorcoach for a scenic drive to the English Channel. Here you will admire the White Cliffs of Dover as you cross the channel by ferry to CALAIS, FRANCE and then on to PARIS, “The City of Lights,” where you will stay for two nights in Europe’s most romantic city. Later you will take a breathtaking cruise on the Seine River. Tonight, you will enjoy a “Welcome” drink and dinner.

Mon., Mar. 15 Today you will see the Arc de Triomphe, Champs-Elysees, Opera House, Notre-Dame Cathedral, the River Seine, and many other amazing landmarks. Your afternoon is free to shop, visit the Louvre to see the Mona Lisa, walk in the Latin Quarter or Le Marais neighborhood. Paris has some of the most famous perfumeries in the world.

Tue., Mar. 16 Depart Paris through the French wine-producing vine­yards passing the Castle of Chateauneuf-du-Pape. You will then enter SWITZERLAND, known as one of the most beautiful countries in the world with its lakes, Swiss Chalets, and snowcapped Alps. Arrive LUCERENE for a Tour in one of the prettiest cities in Europe. Shop for Swiss watches, cuckoo clocks, and chocolates. Tonight, a Swiss dinner is included.

Wed., Mar. 17 Today, you will see the Swiss Alps and enjoy an optional cable car ride to the top before traveling to ITALY. The soaring mountain peaks and charming towns are simply breathtaking. See Chianti vineyards and olive groves as you begin to enter the romantic city of VENICE, built on 114 islands in the sea. This city of canals and gondolas is the only city in the world without cars with over 150 canals used as streets. Gondolas and motorboats are used as taxis, making everyone simply fall in love with Venice.

Thu., Mar. 18 Today enjoy a boat cruise on the canal followed by a walking Tour to St. Mark’s Square and view the Bridge of Sighs and Doge’s Palace. Later, you will have time to shop and observe the centuries-old craft of glassblowing. You can also take an optional gondola ride and be serenaded as you pass the palaces on the Grand Canal. (See Awake 5/07, p. 23 and 5/22/04, p.16) Next we will be crossing the Apennine Mountains to your hotel in the beautiful Renaissance city of FLORENCE.

Fri., Mar. 19 Enjoy a walking Tour of FLORENCE with its impressive sculp­tures. See Giotto’s Bell Tower, Piazza della Signoria and the Ponte Vecchio shopping bridge that spans the Arno River. Shop for cameo jewelry, scarves and Italian leather goods such as gloves, shoes, and handbags. You will then travel through the countryside to ROME, the “Eternal City,” that dates to the 1st Century A.O., where you will stay your last two nights in Europe.

Sat., Mar. 20 See the highlights of ROME known as the world’s greatest outdoor Museum including St. Peter’s Square and Basilica, the largest church in all of Christendom where you will see the “Divine Name” and Michelangelo’s master piece, The Piela. (Awake, 7/8/01, p. 14) Next, cross the River Tiber to see the Roman Forum and the famous Colosseum, built in 72 A.O. that was the site of ancient gladiatorial fights and Circus Maximus, where “Ben Hur” chariot races were once held. (Awake, 4/8/91, p. 24 and 7/8/01, p.14)Afternoon free for shopping, a cappuccino or pizza slice by the famous Spanish Steps or near the Trevi Fountain. Be sure to try an Italian gelato. (Awake 8/07, p. 15) Tonight there will be a special “Farewell Dinner” included.

Sun., Mar. 21 “Arrivederci Roma” as you are transferred to the Rome Airport for the return flight to your hometown city. Touring with Friends from other parts of the country is something you will enjoy as you have now seen the BEST OF EUROPE!

YOUR TOUR WILL INCLUDE: 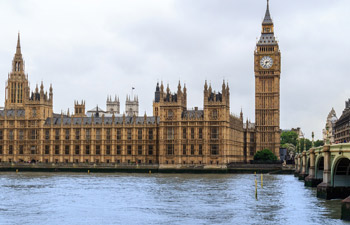 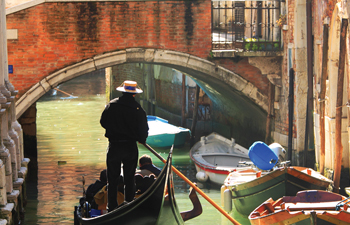 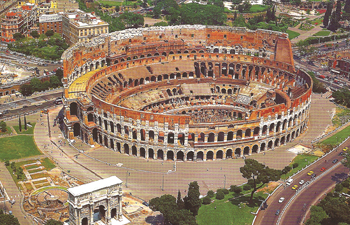 Besides the above cities, you can depart from any other US or Canadian city by indicating your preferred departure city on the reservation form. We will then inform you of the total cost from your hometown. All prices are per person based on two people in a room. If you do not have a roommate, we will attempt to assign one for you or you can pay a supplement of only $649 for a single room. (PASSPORT IS REQUIRED)